And now for the cosplay portion of our Anime Central 2014 coverage! Lots of good stuff was seen, so there's a ton of photos below the cut:

And now to take a look at some of the cosplay highlights I took at my stay at C2E2 2014! Lots of good stuff to look at below the cut!

It's time once again to take a look back at the con season from 2014! First up of course is the top comic convention in Chicago- C2E2! Even though this convention covers every corner of geekdom interest, our primary focus remains on anime & manga (& some similar interests that fall outside that line a bit). There isn't ever a heck of a lot (save for cosplayers, which will have its own separate entry), but there's always something. Let's take a look!

& now to take a look at some of the great cosplay I captured at Anime Central 2013:

Anime Central 2013 was another great year for the country's third largest anime convention. With the new convention season right around the corner, let's take a look back at what made this one so great!

And now a look at some of the best cosplay seen at C2E2 2013! Hit the jump for pics galore!

It's once again time to take a look back at Chicago's largest comic convention, C2E2! Spring is right around the corner, meaning convention season is upon us. Before we start up a new one here in Chicago, which for me mainly includes C2E2 & Anime Central, let us talk about the fun times found at C2E2 2013. Hit the jump for lots of pics & a few vids!

It's been awhile, but TeamFourStar has finally released the second episode of their amazing Digimon Abridged Series- Abridgimon! Personally I think they should just stop doing DBZ Abridged altogether & work on Abridgimon all the time. This episode, covering the final 2 episodes of season one, picks things up right where the first episode ended, which covered episodes 1-52. You'd think since this episode covers a few less episodes in the exact same amount of time that there'd be pacing problems. BUT YOU'D BE WRONG.

Check out the video now, & then go watch the latest episode of Gennai with the Glasses! 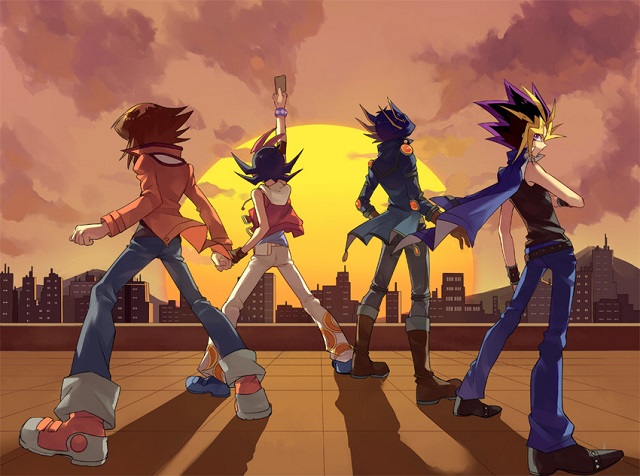 In case you haven't heard, the final episode of Yu-Gi-Oh Zexal- & indeed the final YGO episode ever- is now up & playing on the main site! Don't miss out on Yuma's final battle to save his friends & the world! Featuring special guest appearances by Yugi, Judai, Yusei, Bandit Keith, & Gozaburo Kaiba! Don't miss it: